Environmental ranks No. 18, civil No. 31 in US News top undergraduate engineering programs 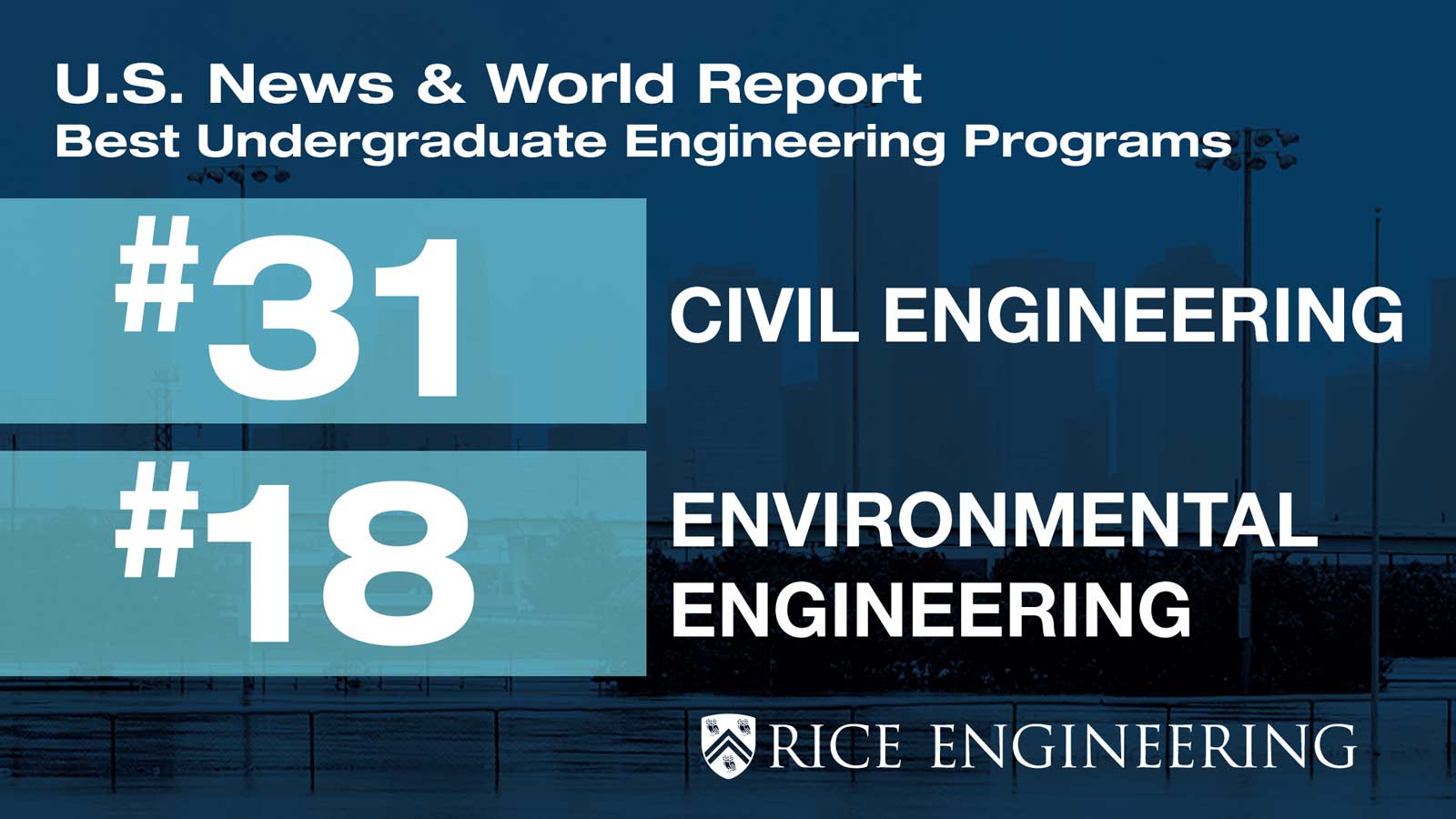 In the 2023 edition of U.S. News & World Report’s “Best Colleges” guidebook, Rice University rose to No. 18 in Environmental Engineering and to No. 31 in Civil Engineering in the Best Undergraduate Engineering Programs categories among schools whose highest engineering degree offered is a doctorate.

Rice also ranked No. 6 among the nation’s best values in higher education, and the university tied for No. 3 in the rankings of institutions whose students graduate with the least debt. Rice remains the highest-rated university in Texas.