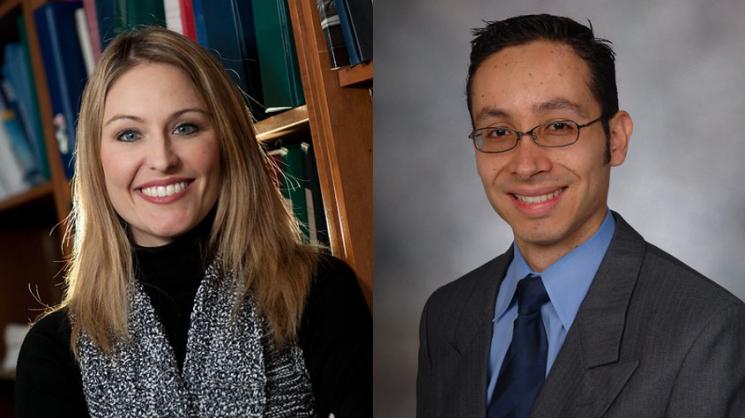 The National Institute of Standards and Technology (NIST) has approved a second $20 million, five-year grant for Rice and a consortium of other universities to support the Center for Risk-Based Community Resilience Planning.

“We’ve made a lot of progress with this multi-institutional, multidisciplinary group to help tackle problems of community resilience in the face of hazards,” said Jamie Padgett, a co-principal investigator on the NIST grant and associate professor of civil and environmental engineering (CEE) at Rice.

“We’re looking forward to building on this foundation with an ambitious second phase of hazard resilience-related research, software development and outreach.”

The role of the center is to provide a quantitative basis for resilience planning, as it seeks to help communities decide how best to invest resources to withstand and recover from extreme weather events and other natural hazards.

Leonardo Dueñas-Osorio, associate professor of CEE, has joined Padgett, who serves on the center’s leadership team.

The center has developed a computer model for community resilience, IN-CORE, or the Interconnected Networked Community Resilience Modeling Environment. Built on an open-source platform, the model, software and databases will incorporate a risk-based approach to decision-making.

Over the next five years, Padgett, Dueñas-Osorio and other center researchers will work in a cooperative agreement with NIST to advance resilience models for infrastructure and interdependent socio-economic systems, as well as test the modeling framework in communities.