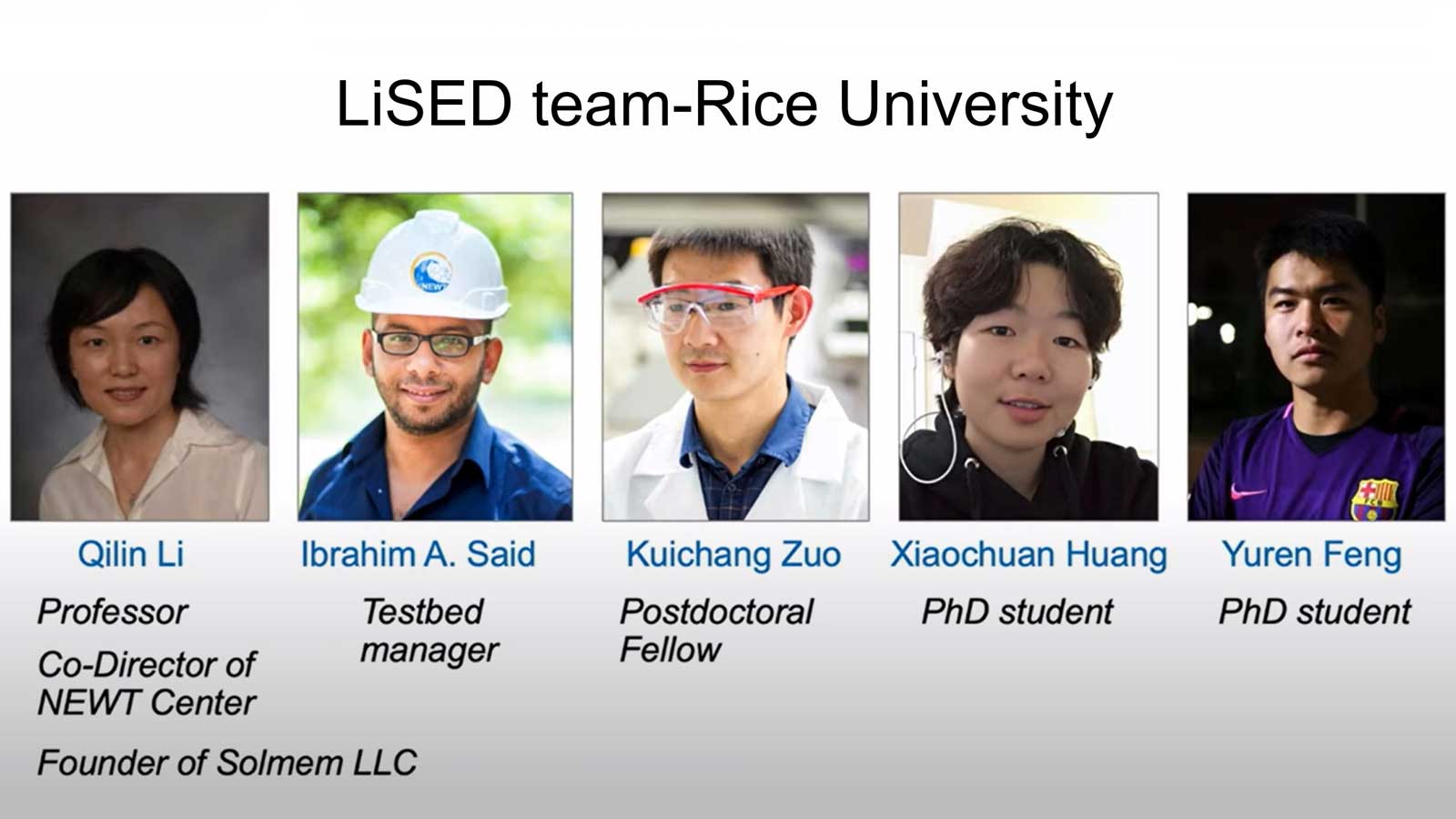 Today, the U.S. Department of Energy (DOE) announced the finalists in the $4 million American-Made Geothermal Lithium Extraction Prize, a competition supporting innovations that help lower the costs and reduce the environmental impacts of extracting lithium from geothermal brines, the salty water that is a byproduct of geothermal energy production.

Demand for lithium—a critical material used in batteries for electric vehicles, grid-scale electricity storage, phones, and laptops—has grown rapidly in recent years, with global demand expected to increase 500% by 2050. The United States depends on other countries for nearly all its lithium supply and mining the mineral strains water resources and can harm the environment. Using brines already produced by geothermal energy presents a solution because it is an environmentally friendly process that yields lithium.

"A reliable, U.S. supply of lithium is essential to enabling a 100% clean energy economy and strengthening our energy security,” said Kelly Speakes-Backman, Principal Deputy Assistant Secretary for Energy Efficiency and Renewable Energy. “We look forward to these teams developing innovative solutions that can make the United States self-reliant on a critical mineral that powers many aspects of our daily lives, now and in the future.”

Through this prize, DOE is advancing the development of domestic, cost-competitive, sustainable sources of lithium, particularly around Southern California’s Salton Sea. This area has the potential to produce more than 600,000 tons of lithium per year and support a robust supply chain that turns the United States into a leading lithium exporter.

The five finalists in the Geothermal Lithium Extraction Prize have identified impactful solutions that may safely and cost-effectively extract lithium from geothermal brines. Each team will receive $280,000 and will compete in the third and final phase of the competition.

During the next 12 months, these teams will fabricate and test their designs and present their prototypes to a panel of expert reviewers. The winners will be announced in the fall of 2023 and receive $2 million total.

This release was originally published on July 13, 2022 by the DOE’s Office of Energy Efficiency and Renewable Energy.